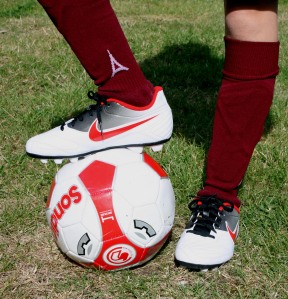 I came across a brilliant example of how  a focused social media strategy really can create results that, in the past,  only an enormous marketing budget could have hoped to achieve.

The ‘product’ in question is football…women’s football to be precise. Women’s football, though supported by the FA to some degree, suffers from a lack of recognition despite the numbers of girls and women now involved in the sport. With a modest marketing budget, teams in the Women’s Super League (WSL), are turning to social media to develop their fan base.

The use of Twitter has been a key part of their strategy with each team in the League nominating an ambassador who engages with fans on a regular basis. Team members display their Twitter account name on their kit to further promote engagement.

The results to date have been encouraging, with social media channels attracting around 80,000 followers. The Fifa Women’s World Cup in July 2011 reportedly attracted over 7,000 tweets per second at its peak; making it one of the most tweeted about events. The real measure of success, attendance of WSL matches, is said to be up by 600%. What other media can boast that kind of success on a relatively low-budget?